Our Brazilian Jiu-Jitsu Course is taught by Jason Claunch of the Claunch Academy.

Brazilian jiu-jitsu, or “BJJ” for short, has a simple concept: you can overcome an opponent by using proper technique and leverage with takedowns and ground fighting. A strong and heavy opponent can be dominated by a smaller, weaker person that takes them to the ground and applies joint-locks and chokeholds. BJJ has evolved into a popular self-defense system.

Joint locks and chokes are your two main categories of submissions. There are many submissions that are taught in jiu-jitsu. Submissions ultimately defeat your opponent. 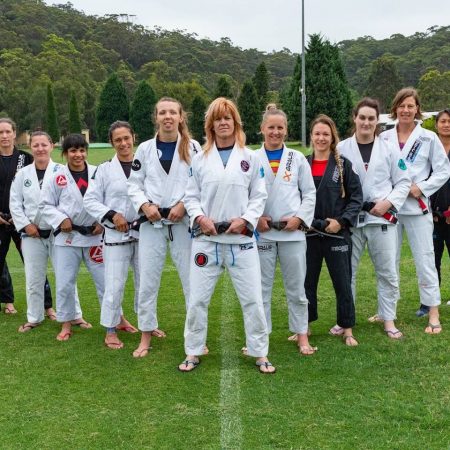 Brazilian jiu-jitsu at Tiger-Rock Martial Arts North Austin is taught by Jason Claunch of the Claunch Academy. Jason is a IBJJF 2nd Degree Black Belt in BJJ. Jason is joined by Griff Dabadie, a Brown Belt 4 stripe in BJJ (and Brown Belt second degree (nikyu) in Judo) and Brandon James, a Brown Belt in BJJ.

Fill out this form to learn more about Tiger-Rock Martial Arts of North Austin!